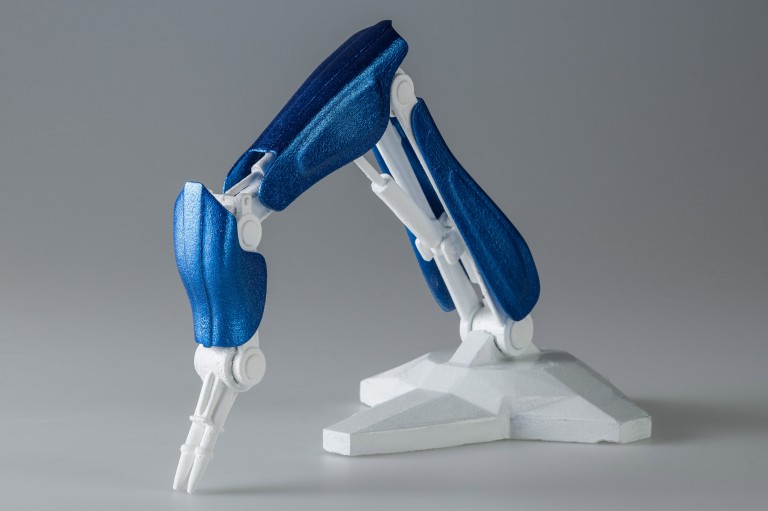 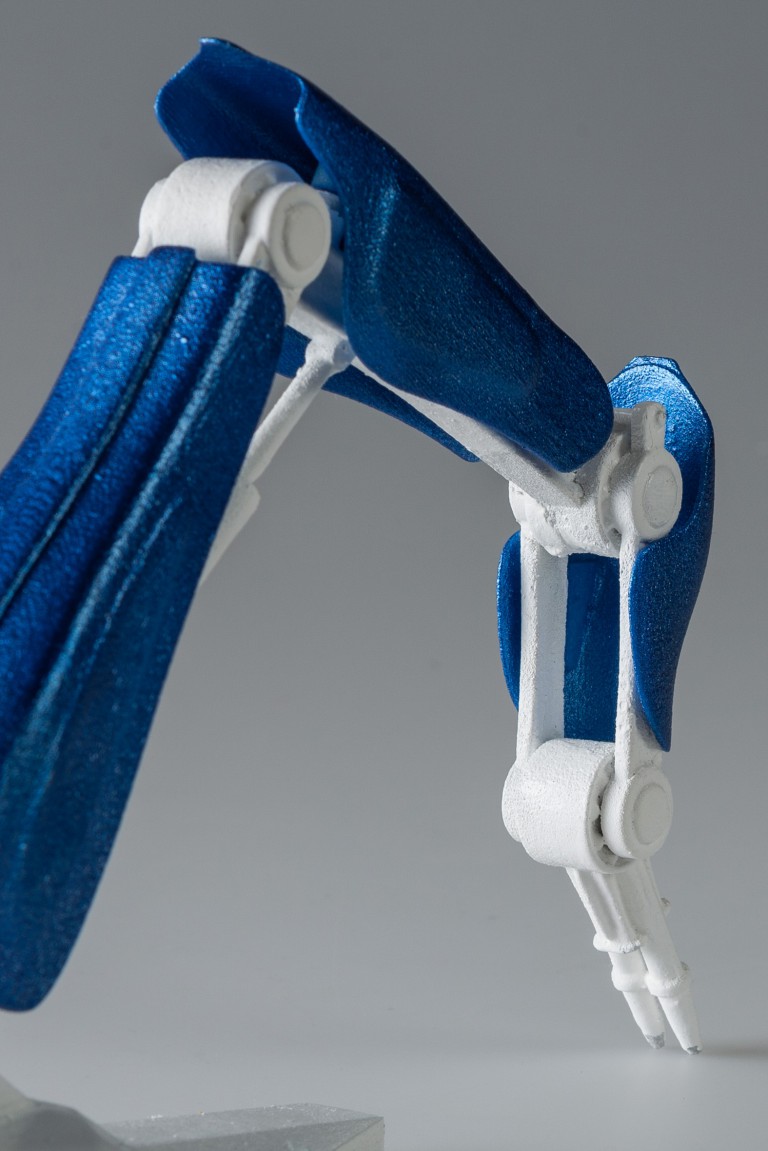 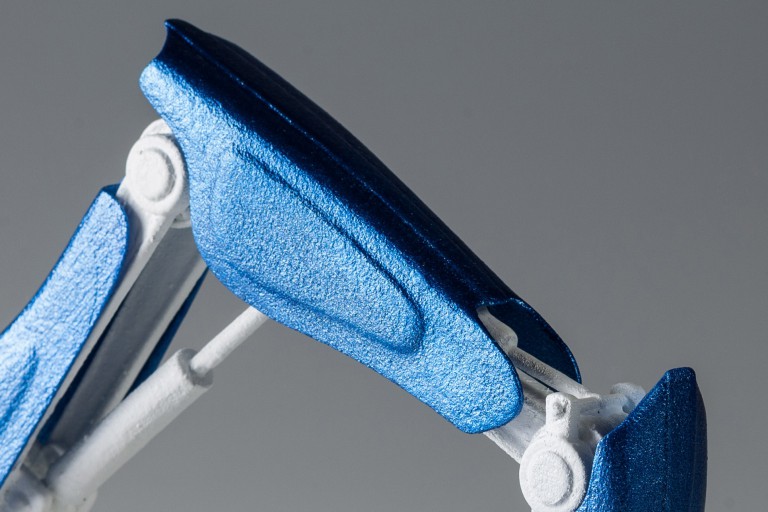 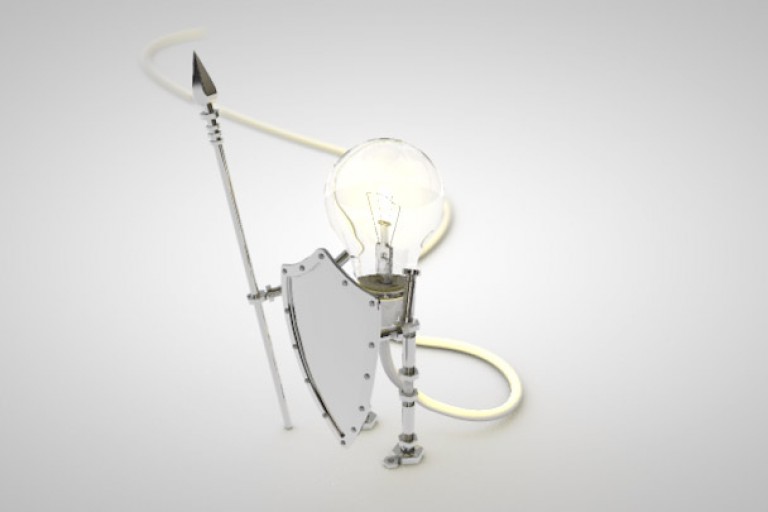 Originally it was supposed to become a complete insectoid robot, which I then wanted to render and animate. However, I discovered the 3D printing for me, whereupon I slightly modified the finished ‘insect leg’ to print it as a kind of ‘industrial automat’ model. One reason for this conversion was an opportunity to start a cooperation with the startup 3YOURMIND, who wanted to exhibit the finished printed object at the Hannover Messe 2014. Which of course was an interesting incentive.

I chose the Selective-Laser-Sintering (SLS) printing method with gypsum powder and finalized it with epoxide resin to get this rough concrete-like surface.